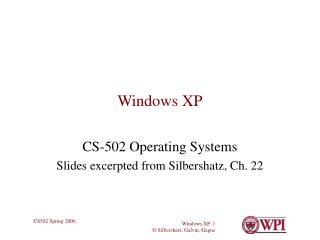 Rootkits in Windows XP - . what they are and how they work. what is a rootkit? . name comes from unix administrator