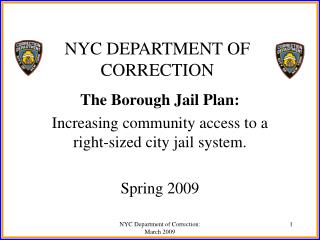 NYC DEPARTMENT OF CORRECTION The Borough Jail Plan: Increasing community access to a right-sized city jail system. Spring 2009 The New York City Department of Correction NYC-DOC is a jail system with over 100,000 admissions each year and an average daily population of about 14,000 people. ‘Explorers Name - Write a brief description of your explorers accomplishments. delete and replace all blue boxes with

Running Records: A Record of Oral Reading - . running record common standards. format and conventions based on what you