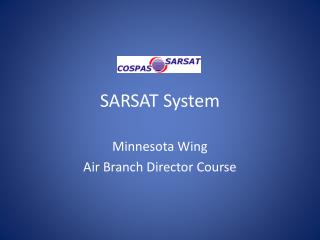 SARSAT System. Minnesota Wing Air Branch Director Course. COSPASS-SARSAT History. Initially developed under a MOU between the former USSR, USA, Canada and France in 1979. Operational use started in 1982 with a crash of a light aircraft in Canada in which three people were rescued.

USCG/NOAA SARSAT CONFERENCE 2010 EPIRB’s How They Work - . how the system works. types of beacons. maritime distress

The Galileo support to the Search and Rescue Programme (SAR/Galileo) - . outline. how sar/galileo integrate with