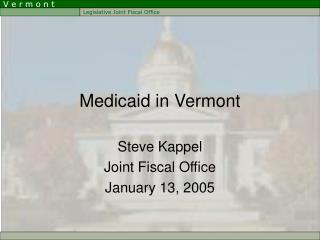 Medicare and Medicaid Enrollment and Claims files - . note. rather than a detailed description, these slides are intended

medicaid and Medicare (parts c and D) Fraud, Waste, and Abuse Training 2013 - . developed by the centers for medicare

Sleep Like A Baby? What Does That Really Mean? (In Vermont) - . james j. mckenna ph.d edmund p.joyce c.s.c. chair in