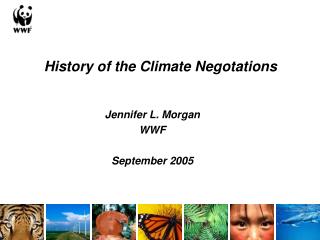 History of the Climate Negotations Jennifer L. Morgan WWF September 2005. Role of the Science - IPCC. All along the process, the IPCC Assessment Reports have played a crucial role in providing the basis for negotiations Continues to be under attack due to this pivotal role.

Objectives - Climate. objectives. describe different types of climate data. recognize limits associated with the use of

Climate - . chap. 2 introduction i. forces that drive climate and their global patterns a. solar input – earth’s