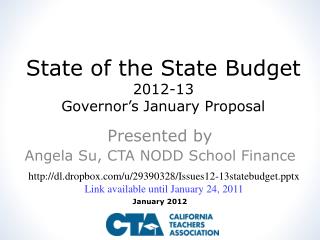 State of the School January 24 , 2012 - . ptaa meeting presented by don berger, head of school. a good look in the

Impact of Governor Corbett’s Budget Proposal on Philadelphia - . presentation to the pica board february 21, 2012.

THE State Budget Crisis - . today’s presentation. arizona’s budget the impact of the economic decline where the

Overview of State Budget - State budget - concern. point of differencemust be worked out in conference committeesenate