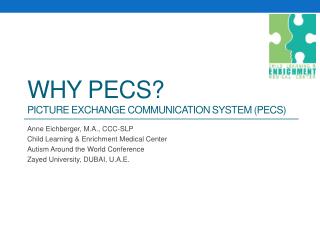 Understanding Autism - . april is autism awareness month rey vera. i am first and foremost a person. i have autism, i am

2. Communication in Distributed Systems - . the single most important difference between a distributed system and a

No one form of communication will meet all needs or all social situations - . teaching a combination of different modes