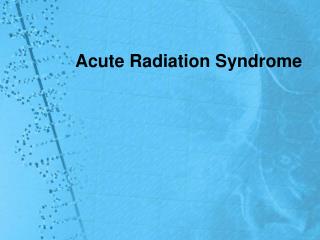 Acute Coronary Syndrome - . what is acute coronary syndrome ? how can i look at an ekg and tell what part of the heart is