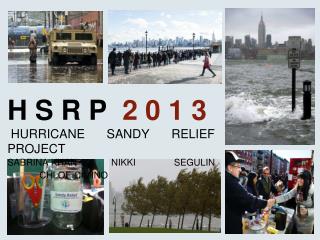 Presentation for Deforestation project - . by: ming chun, shang wen, chloe and amanda the interesting thing is at the

EXPRESSING RELIEF, PAIN, AND PLEASURE - . expressing relief. it shows when we can solve the problem, we will feel relief.

Hurricane Sandy - . before…. and…. after…. seaside heights, new jersey. before…. after…. jones beach, new york.