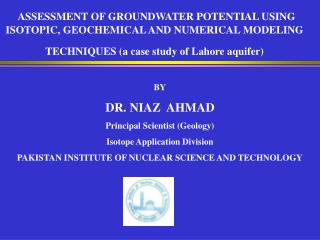 Dr. Muhammed Niaz MD - As an otr examiner, dr. muhammed niaz md stated that when a person is giving his otr test and is

isotope - . are atoms of the same element that have different masses. due to a different number of neutrons in the

By ahmad ali - Recycle. by ahmad ali. what is recycle. recycling is procesing used matrails (waste) into new products