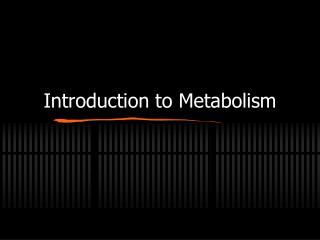 Introduction to Metabolism. Metabolism. The sum of the chemical changes that convert nutrients into energy and the chemically complex products of cells Hundreds of enzyme reactions organized into discrete pathways Substrates are transformed to products via many specific intermediates