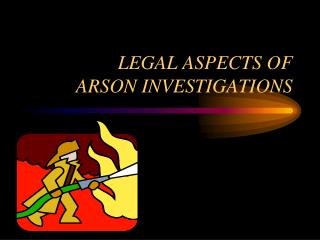 Resources for Legal Clinics - . begin. this 30-question exercise on online legal resources is designed for those who

U.S. Legal Aspects - . sample questions. 1. in substance, a crime is:. a. a violent act b. a violation of one’s privacy

Management of Metabolic Emergencies - By prof. manal eldefrawy awareness of some iem 2011. management of metabolic

Arson and Explosives - . the chemistry of combustion. arson statistics. arson is the leading cause of fire in the us 50%