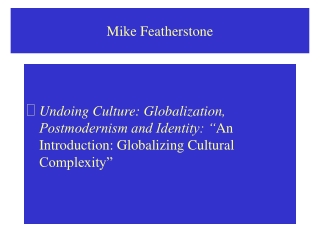 Mike, - Tma-65 optics and beam geometry. mike, this is a first pass workup of your concept for a spectrograph shutter

Remembering Mike… - . our friend and colleague at

Mike Sharobim - A presentation by:. mike sharobim. pictures by: unknown source. music: smoke gets in your eyes.

Mike Farmer - . aston – computers in the home. in 2004 only one family in ten had a computer with internet access. the