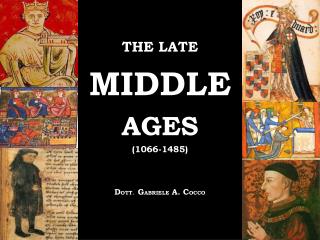 Chapter 11 - . the late middle ages: crisis and disintegration in the fourteenth century. what just happened?. religion-

The Late Middle Ages - . whi sol #12. #1 which phrase best completes this diagram?. closure of banks use of arabic