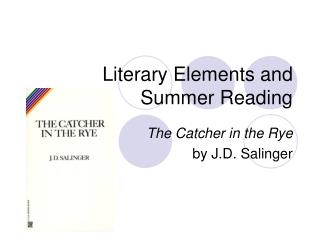 STORY: Teaching for Understanding in Fiction - Presentation for ops ell/esl

Lesson 9 AOW Help Session 2.2 Reviewing Elements of a story - . purpose to annotate and analytically respond to

ELEMENTS NEEDED FOR A SHORT STORY - . plot. the sequence of events in a story includes the plot line (what happens) –

Searching for Summer - . by: joan aiken. vocabulary. disengage: to detach or remove oneself rudimentary: very basic, in

Elements of a Short Story - . mbms 7 th grade language arts ms. gayheart. definition of a short story. tells about a

How to Read Literature Like A Professor - . leigh ann freeman. introduction- “how’d he do that?” figures, such as

Elements of the Short Story - . part ii from ahs ap literature and composition. tone: the expression of attitude in

How to Read Literature Like a Professor By: Thomas C. Foster - . chapter 19: geography matters. what is geography?. by

SYMBOLS IN LITERATURE - . symbol background. writers use many literary devices to add layers of meaning to their

Literary Analysis - . theme. what is theme?. when a work raises questions or explores a certain issue in addition to

Terms Used in Literature - . tia moore &amp; danet grabbe. satire. what it is: a satire is a device which, through