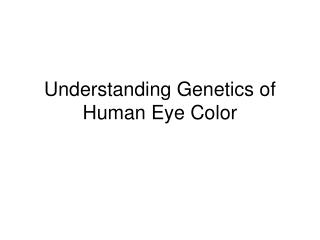 The Color Wheel - . history of color. colors are often symbolic. let’s talk about what role color has played in

Patterns of Heredity and Human Genetics - . a look at genetic complexities. chapter 12 notes. what happens when heredity

Name______________ Fruit Fly Genetics Worksheet - . record the traits that were selected for your flies here: dominant