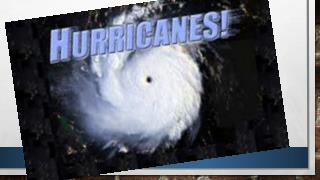 A tropical cyclone is a rapidly-hurricane is a rotating storm system characterized by a low-pressure center , strong winds, and a spiral arrangement of thunderstorms that produce heavy rain. Hurricane Wilma. Hurricane Wilma - . layan althani 9a . an introduction to the hurricane