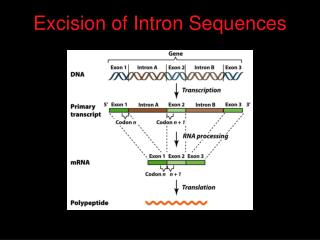 Excision of Intron Sequences. Splicing. Removal of introns must be very precise. Conserved sequences for removal of the introns of nuclear mRNA genes are minimal. Dinucleotide sequences at the 5 ’ and 3 ’ ends of introns. SEQUENCES - . a sequence is a function whose domain in the set of positive integers. so if you have a function but

Sequences - . what is sequence?. a sequence is an ordered collection of objects. we use sequences to model collections in

SEQUENCES - . learning objectives. generate terms of a simple sequence, given a rule, finding a term from the previous