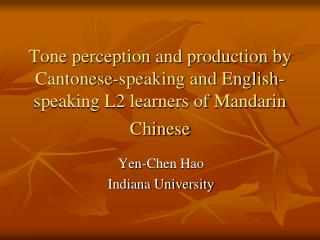 Why a Rising Tone is Falling in Mandarin Sentences - . word accents and tones in sentence perspective: a symposium in

Non Chord Tones - . a note that is either diatonic or chromatic that is not a member of the chord. the note can be an nct