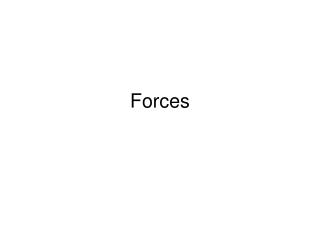 Forces. What is a force?. Forces are a vector quantity, meaning they need both magnitude and direction It is defined as either a push or pull on object The symbol for force is F. Measuring force. Force is measured in Newtons. (The unit is called a Newton and represented with an N)