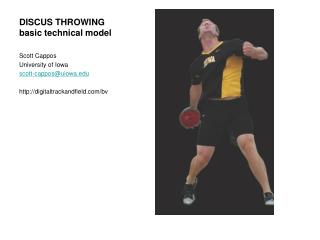 Basic Technical Training - . where to find… temp., noise, etc. turn phones off. welcome. thank you for taking time out

Wheel Throwing - . - the earliest forms of the potter's wheel were tournettes , or slow wheels. - tournettes , in use

Wheel Throwing: - . a motor skill. who doesn’t like playing with mud?. get dirty and have fun!. go small, go big.

Using DISCUS KIDS - . find articles on your elementary students’ “just right” reading level. how to get there. icon

THROWING OUT PLOTS - . how do you know when to throw out a plot?. my approach. obvious poor stands when unsure then note