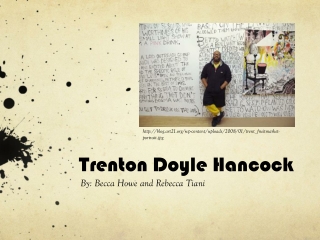 John Hancock - . one of the men who helped found a nation, and free its people from oppression. by: jake keene 12/15/11.

John Hancock - . by: zachary kuykendall. life. was born in braintree massachusetts. father died when john was a young

Hancock Springs - A natural lab for studying the roles of physical habitat, nutrient availability, and non-native

Battle of Trenton - . americans looking to get revenge on the hessians. cross the delaware river to sneak attack the

Doyle Blackberry - You can grow the doyle's thornless blackberry on a 7 foot trellis, producing a tall massive bush