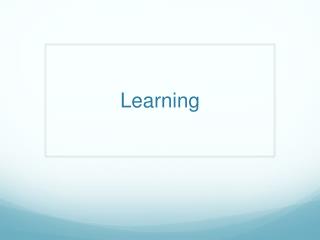 Learning. Warm Up: From the test, what type of learner are you? Was this accurate about how you learn? How can you use that knowledge to perform better in school?. Standards. Objective.