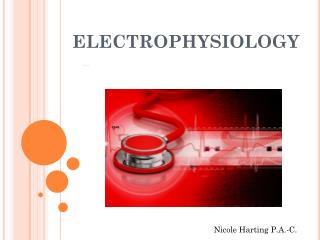 The Year In Cardiology - . john coyle, m.d. october 8, 2010. the year in review series: the american college of

Basic Techniques in Electrophysiology In vivo recordings - . electroencephalographic recordings in humans and animals

Anatomy and Electrophysiology of the Heart - . by shomail sikander. the heart. the pump of the circulatory system –