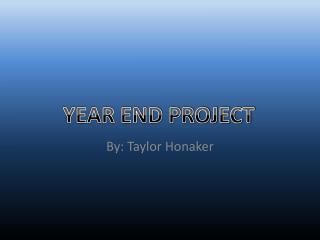 YEAR END PROJECT . By: Taylor Honaker. Periodic table . Metals- a good conductor, shinny, (far left of the table) Non-metals- opposite from metals, not shinny, not a good conductor Transitional: type of metal that has a high melting point Taylor Family Reunion 2010 - . our branch of the taylor family originates in haverhill, england which is located

Frederick Taylor - . “the father of scientific management”. and the evolution of management theory. the travel of a

THIS - . is. jeopardy. your. with. host. mr. taylor-lehman. jeopardy. anything goes. elements and water. carbs and