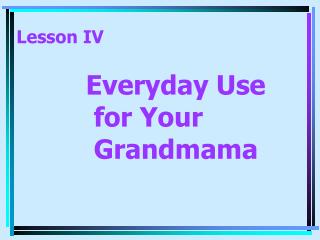 Lesson IV. Everyday Use for Your Grandmama. Background Information.