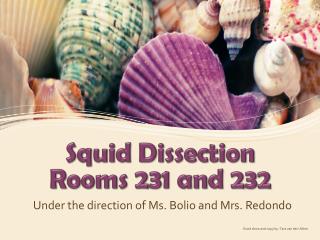 Squid Dissection Rooms 231 and 232. Under the direction of Ms. Bolio and Mrs. Redondo . Kiosk show and copy by: Tara van den Akker. 3 rd Graders get Ahead of the Curve!.

Mink Dissection - . practice practical. identify the muscle labeled #1. what is the common name for this muscle?.

Dissection of the Anterior Compartment of the Arm

Dissection of the Gluteal Region