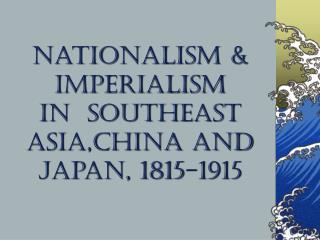 Southeast Asia - . regional review riverbend high school- penny anderson. check out the names of places on the next

The Shift to Asia - . china lost. the defeat of japan in wake of ww ii resulted in many opportunities in former occupied

877-882 - Use a venn diagram to compare and contrast the policy of imperialism in india, japan and china. describe

US Imperialism in the Early 1900s - . imperialism. what is imperialism ? empire-building by dominating other nations

China and Japan in the Age of Imperialism - . stable traditional civilized self-sufficient. largest population in the