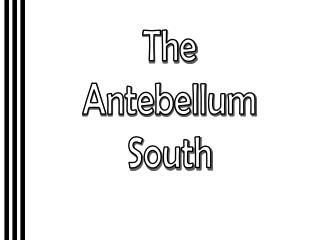 The Antebellum South. Show scenes from GWTW. Make a list of observations about the American South Plantation life Slavery Race relations Southern Belle The war. Early Emancipation in the North.

Road to the Civil War - . ms. ramos alta loma high school. can the north &amp; the south discuss the status of the