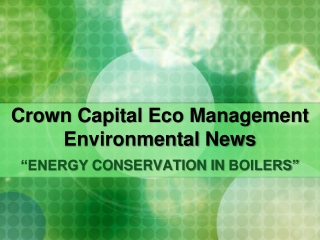 ENERGY CONSERVATION IN BOILERS | Please visit this site for the original article: http://www.elp.com/news/2013/04/30/energy-conservation-in-boilers.html

India’s drought: A natural calamity or a man-made one?