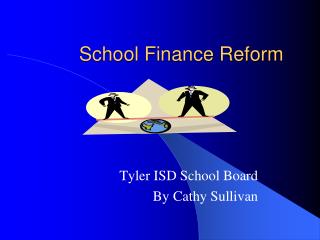 School Finance Reform. Tyler ISD School Board By Cathy Sullivan. Influence. The influence of school board members goes beyond voting at monthly meetings; their decisions, good or bad, make a direct impact on not only the schools but on the community especially on issues regarding finances. School reform - . nick cefali , mike najarian , and lucia garabo. before the 1800’s. no educational policy no

Election Reform and Campaign Finance Reform - . i. the primary process. major criticism has been directed at the media