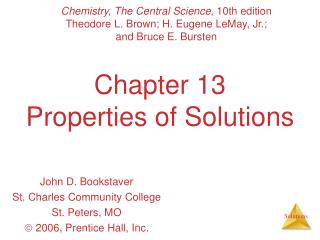 Chapter 11 - . properties of solutions. 11.1 solution composition. a solution is a homogenous mixture of 2 or more

Chapter 25: Verbal Behavior - . verbal behavior and properties of language. form and function of behavior the formal