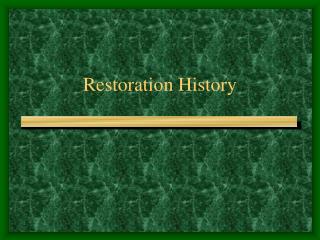 Restoration History - . 5 – seeds of division. why did we divide?. the issues: instrumental music in worship

Restoration History- Review - . what has been “restored”? where did charles ii spend much of his exile and how did