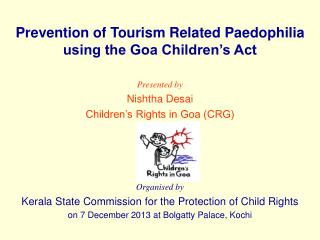 Program of research on the prevention of weight-related disorders. - Healthier children: a better world. program of

PREVENTION OF CORRUPTION ACT - . offences under the act. public servant taking gratification other than legal