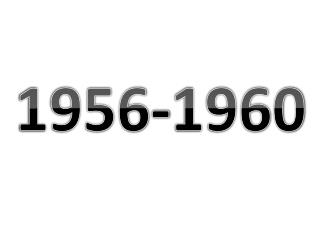 1956 - . the achievements of the revolution and the superpowers reaction. index. beat down the situation in the soviet

Hungary 1956 - . the hungarian revolution and the response of the ussr. learning objectives. by the end of these lessons

1960 - . rey bustamante. past- war baby boom became teenagers and young adults. the movement away from the conservative

LECTURE 12 The development of bacteriology and immunology in the 20th century. The beginning of virusology - . the