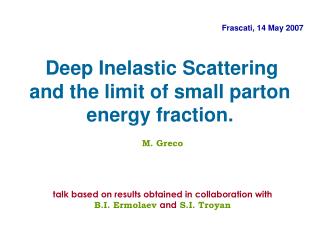 Status Report on Lepton-Photon 2007 in Korea - . xxiii international symposium on lepton and photon interactions at high

Dolly Parton - . by: krista jameson. fun facts. her favorite color is pink. her middle name is rebecca. she has won 7

Halves, Thirds and Fourths! Fraction Fantastic! - . half. half. let’s talk about halves!. this pizza is divided into