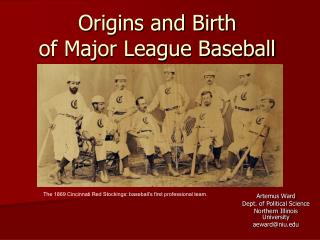 Major League Baseball Salary Arbitration - . an examination of the system. the decision that changed the game. curt

Payroll and Success in Major League Baseball - . motivation and background. major league baseball is unique among