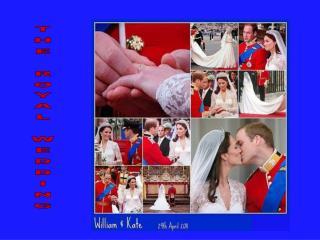 The Royal Wedding - . do you know who these people are? . catherine (kate) middleton. prince william. the queen . the

The Royal Wedding - The wedding of prince william, duke of cambridge, and catherine middleton took place on friday, 29

Royal Wedding - . by kerr mcginnis. social and ethical issues of the royal wedding. social: it was an invasion on their

Going To The Royal Wedding - An a-line gown with a dropped ball can assist bride-to-bes, especially the size of a thick

Royal Palace Wedding in Udaipur - Http://www.behindthescene.co.in/ behind the scene is full wedding planner company in

Royal Elephants-Wedding Planner in Pune - Royal elephants is the top event management company in pune, we at royal