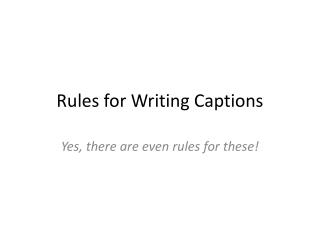 Rules for Writing Captions. Yes, there are even rules for these!. A photojournalist approach to writing your caption by Rob-Meyers , Jan 8, 2007, 3:07:06 AM .