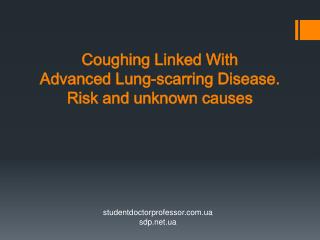 Chronic Cough - The size of the problem. prevalence of 10% in the communityapproximately 30 million physician visits