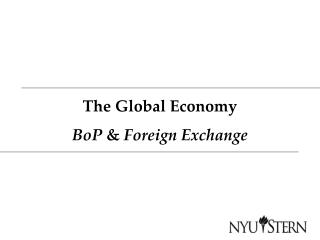 The Spot Market for Foreign Exchange - . market characteristics: an interbank market. the spot market is a market for

In The Name Of God - . ion exchange chromatography. principles and methods. the theory of ion exchange. separation in ion

Parity Models and Foreign Exchange Rates - . assessing the “correctness” of the current spot rate and estimating