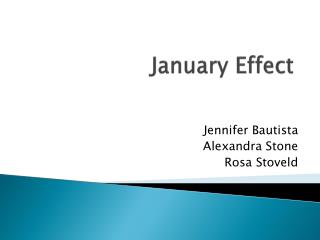 Objectives for 9 – 13 January - . 9 january – we continue to review for the finals this week 10 january - we continue

Direct Effect and Indirect Effect - . van gend en loos had imported ureaformaldhyde from germany into the netherlands. on

The Art and Science of Cause and Effect - . adapted from a lecture by judea pearl available on his web site: