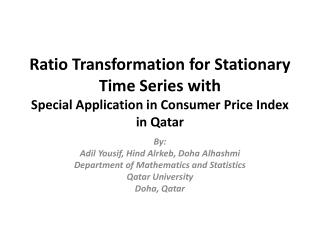 2.1 The Need for Ether 2.2 The Michelson-Morley Experiment 2.3 Einstein’s Postulates - Chapter 2 special theory of

Abbreviated Interrupted Time-Series - . what is interrupted time series (its)? rationales designs analysis. what is its?.