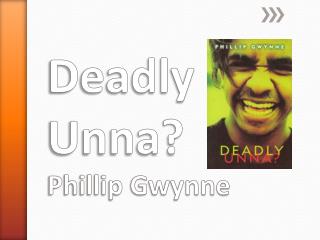 Deadly Unna? Phillip Gwynne. Answer the following questions using FULL SENTENCES . Who is Mr Robertson? Why is Arks infuriated by the nungas ? What disaster occurs four days before the grand final? What is the Thumper tackle?

THE 7 DEADLY SINS OF CUSTOMER SERVICE - . adopted from the presentation of prof. rene t. domingo of aim at the asian