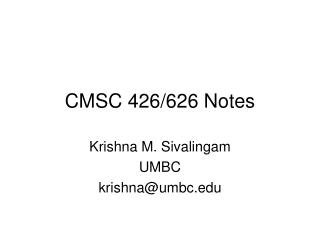 MIS 426 - . chapter 19, using forms-based authentication. objectives. in this chapter you should learn how to utilize

CMSC 341 - . asymptotic analysis. complexity. how many resources will it take to solve a problem of a given size? time

CMSC 341 - . asymptotic analysis. mileage example. problem: john drives his car, how much gas does he use?. complexity.