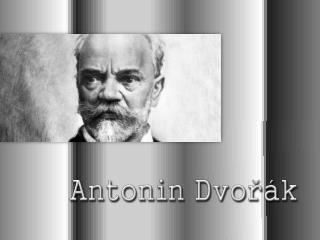 Antonin Dvořák. Carnival Overture 1891. Played by Fritz Reiner and the Chicago Symphony Orchestra . Dvořák was born in 1841 in Nelahozeves , Bohemia, near Prague in what is now the Czech Republic. He was the son of a butcher, and his father hoped he would follow in his footsteps. We Were the Mulvaneys - . “we do not die because we have to die; we did because one day, not so long ago, our