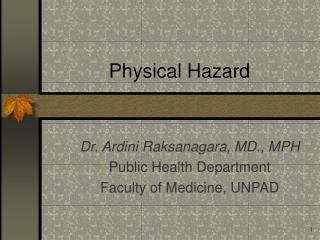 Hazard Communication - . dvcc safety. purpose . each employee has the “right to know” about the hazardous chemicals

Health Hazards in Construction Module 1: Overview - . what this presentation covers. this module gives a general overview

Food Hazards - . hazard 1 (codex) : ‘ a biological, chemical or physical agent in, or condition of, food with the

Laboratory Hazards - . hazard vs. risk. hazard – an inherent (built-in) property of a material risk – the extent to

Hazard Communication - . general. 1. introduction the purpose of this training is to familiarize you with the