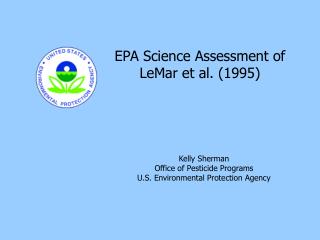 Identification of Chemicals of Concern with respect to Carcinogenicity - . disclaimer: this presentation does not