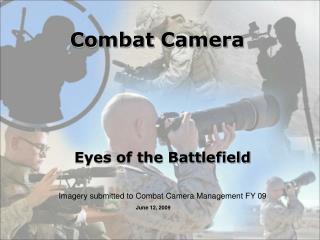 Combat Camera (COMCAM) Capabilities Brief - . agenda. what we can do for you mission capabilities assigned

THE COMBAT TRAUMA CONTINUUM AND VETERANS - . lessons from the past, wisdom from the present, healing in the future.