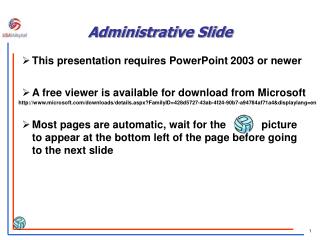 Administrative Slide. This presentation requires PowerPoint 2003 or newer A free viewer is available for download from Microsoft Most pages are automatic, wait for the picture to appear at the bottom left of the page before going to the next slide.